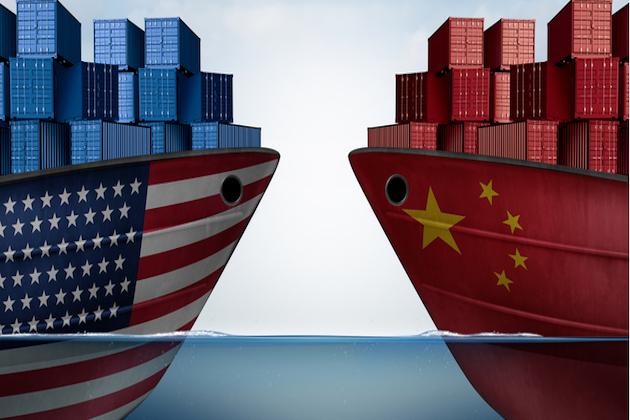 A decline in factory production has been directly attributed to the imposition of U.S. tariffs, pushing China's economic growth down to 6%.

The data, released on Friday, further revealed a decline from the previous quarter which registered a 6.2% annualized growth figure.

"There is a lot of uncertainty, still, regarding the U.S.-China trade agreement," Ho Woei Chen, economist at UOB in Singapore told the Reuters Thomson news agency on Friday. "I think the Dec. 15 tariffs will have very important implications for Chinese growth in 2020. Beijing's approach has been rather measured and targeted and they will continue to be so."

The International Monetary Fund says the U.S.-China-trade tensions will impact on global growth this year and next, pushing the world economy to its worst level since the Global Financial Crisis a decade ago.

Ironically President Donald Trump has taken credit for the battering the Chinese economy has been taking, disregarding the impact the downturn has been having on the global economy which in turn affects the U.S.

After the Phase 1 of a trade deal announced last Friday however, the president is more upbeat about the U.S.-China relationship.

"We've been through a very tough negotiation. There's never been a negotiation like this. In all fairness, I give China tremendous credit because, for 25 or 30 years, they've done very well with the U.S., and now we're doing something jointly. We're doing it in a fair manner," he said.

"I give China credit for what they've done over the last 30 years. Tremendous credit. I don't blame China; I blame the people representing our country. Now we have a deal that I think ultimately is going to be just fantastic for China and fantastic for the United States."