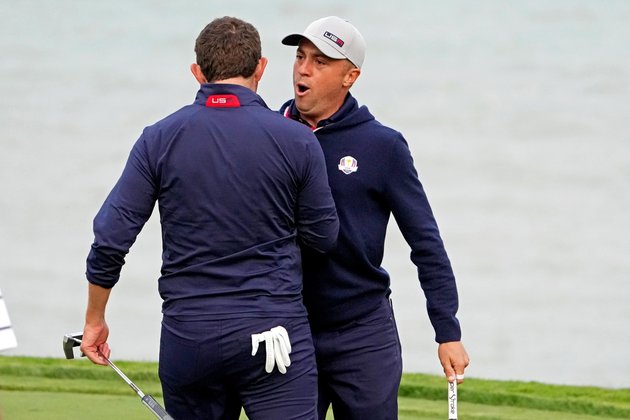 It was a strong start for the United States in the quest to regain the Ryder Cup, with the host team roaring out to 6-2 lead over Europe after Friday's competition in front of a boisterous crowd at a wind-swept Whistling Straits along the shore of Lake Michigan in Sheboygan, Wis.

The United States started the three-day event by becoming just the eighth team with a lead of four or more points after the opening day. Only one of those previous seven teams - Europe in 1999 - failed to win the biennial event.

It was the largest Ryder Cup lead after the opening day in 46 years when the U.S. led by five in 1975.

The U.S. team of Dustin Johnson and Xander Schauffele topped Paul Casey of England and Bernd Wiesberger of Austria 2 and 1 for the first afternoon point in four-ball matches to highlight a dominating day.

Hunter English and Tony Finau added to the U.S. lead, taking a point from Rory McIlroy of Northern Ireland and Shane Lowry of Ireland with a 4 and 3 decision.

A significant boost for the U.S. team came from Justin Thomas and Patrick Cantlay in the final match of what was nearly a 12-hour day. The duo was down three after eight holes against Tommy Fleetwood of England and Viktor Hovland of Norway, but never lost another hole, pulled even at 16 and earned the half point for a tie that resonated like a victory.

The U.S. needs to reach 14 1/2 points to recapture the Ryder Cup after Europe won in 2018. This current event was postponed from 2020 because of the COVID-19 pandemic.

The putting of Spain's Jon Rahm was about the only thing that saved the European side from a larger deficit. The world's No. 1 ranked player ended up earning 1 1/2 of Europe's two points on the day. Rahm and Tyrell Hatton of England earned a tie with Scottie Scheffler and Bryson DeChambeau in the afternoon four-ball matches when Hatton made a birdie putt on the final hole.

Johnson and Collin Morikawa earned a 3 and 2 victory against Casey and Hovland before Cantlay and Schauffele completed a 5 and 3 rout of McIlroy and Ian Poulter of England. The U.S. team kept its lead when the morning matches wrapped up with Brooks Koepka and Daniel Berger defeating England's Lee Westwood and Matt Fitzpatrick 2 and 1.

Europe was on top only briefly when Rahm and Sergio Garcia of Spain topped Thomas and Jordan Spieth 3 and 1.

Spieth managed to deliver the shot of the day in the loss with a chip up a steep embankment to set up a par putt at 17. Spieth lost his balance in the process and stumbled toward the lake before stopping his momentum. But his effort was not rewarded when Thomas missed the short putt as Rahm and Garcia wrapped up the match.

"Once I started moving, I was like, 'I've got to keep moving until I find a flat spot,'" Spieth said.

Temperatures were around 50 degrees when both teams teed off for the morning rounds.

Saturday's competition calls for the same combination of matches before 12 singles matches Sunday. 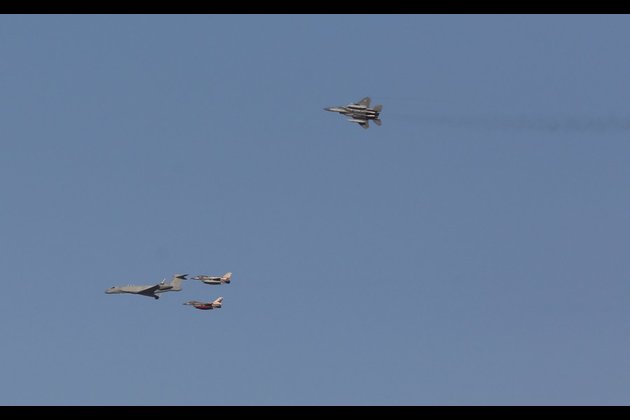 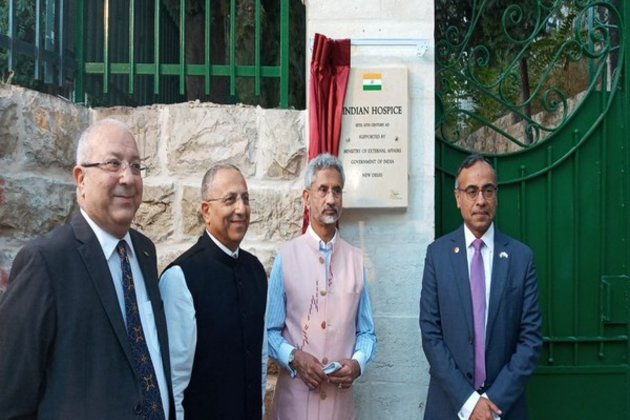 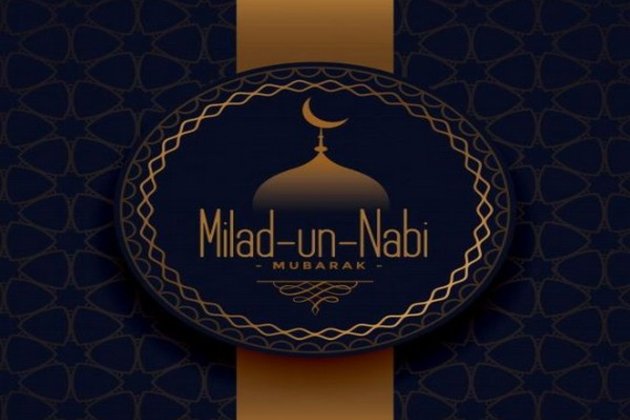 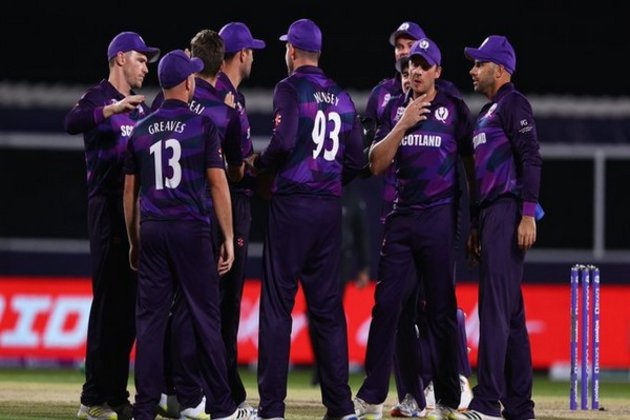 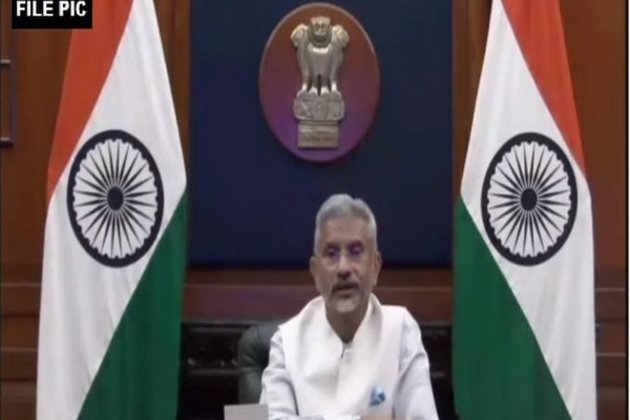