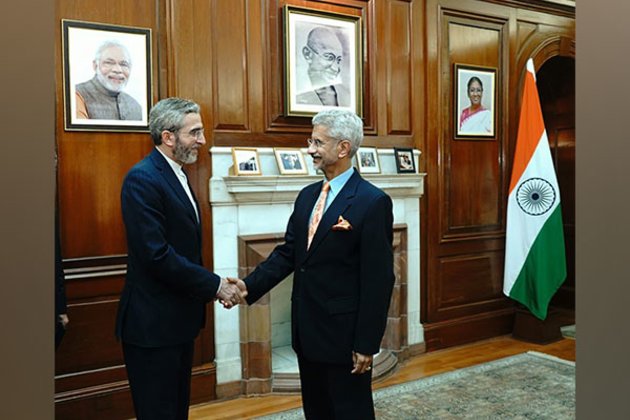 India-Iran relations span millennia marked by meaningful interactions. Since the diplomatic relationship has been established in 1950 with the friendship treaty, the visits on the ministerial level have increased.

India-Iran commercial ties were traditionally dominated by the Indian import of Iranian crude oil. In 2018-19 India imported USD 12.11 billion worth of crude oil from Iran. However, following the end of the Significant Reduction Exemption (SRE) period on May 2, 2019, India has suspended importing crude from Iran. The bilateral trade during 2019-20 was USD 4.77 billion, a decrease of 71.99 per cent as compared to the trade of USD 17.03 billion from 2018-19.

What is significant is that Indian exports to Iran between 2011-12 and 2019-20 have grown by 45.60 per cent. India's major exports to Iran include rice, tea, sugar, soya, medicines/pharmaceuticals, man-made staple fibres, electrical machinery, etc.

Major imports from Iran include inorganic/organic chemicals, fertilizers, cement clinkers, fruits and nuts, leather, etc. Both countries are negotiating a Preferential Trade Agreement, on which five rounds of talks have been held so far.

India is developing the 1st phase of Shahid Beheshti Port at Chabahar. The capacity of the port will reach 8.5 MT at the end of the first phase. During the visit of Prime Minister Narendra Modi to Tehran in May 2016, the contract on the Shahid Beheshti port of Chabahar was signed which, inter-alia, comprises an investment of USD 85 million for procuring equipment for the port. (ANI)