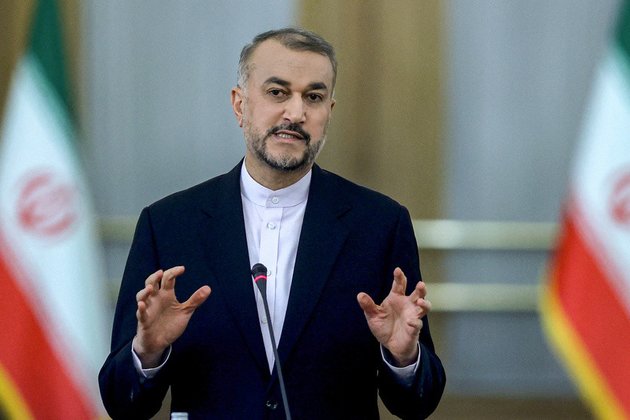 A plot that sought to spark a civil war in Iran and lead to its disintegration has failed, Iranian Foreign Minister Hossein Amir-Abdollahian said on Wednesday, claiming that recent violent riots were fueled by American and Israeli weapons.

Speaking at a press conference, Abdollahian declared that Tehran had gathered documents proving that Iran's adversaries wanted to trigger a 'terrorist war' with the final goal of dividing Iran. These efforts, however, were thwarted, he said.

The minister also suggested that the recent anti-government riots were fomented by foreign countries. According to Abdollahian, these nations were deceiving young Iranians while arming "terrorists in the neighboring Iraqi Kurdistan region."

Apart from that, over the past eight weeks, Iran has detected a massive rise in foreign meddling, the minister said, adding that 76 "terrorist and anti-Iranian centers" emerged in Iraq's Kurdistan Region, which borders Iran. In the meantime, according to the official, American and Israeli weapons were being smuggled into Iran.

"Our friends in Iraq made a commitment to sweep those terrorist groups away and disarm them in a definite span of time," he noted, signaling that Iran's strikes on targets in Iraq will continue as long as they are regarded as a threat.

For months now, Iran has seen violent protests that erupted over the death of Mahsa Amini, a 22-year-old woman who was arrested by Iran's morality police over an "improper" hijab in September and died hours later. While the Iranian authorities claim that she died of a pre-existing medical condition, Amini's family insists she was beaten to death while in custody.

Abdollahian's comments come after Iranian President Ebrahim Raisi accused the US earlier this month of trying to destabilize Iran by encouraging unrest in the guise of legitimate protests, taking a page from the playbook Washington used in Libya and Syria, two countries that plunged into civil wars.