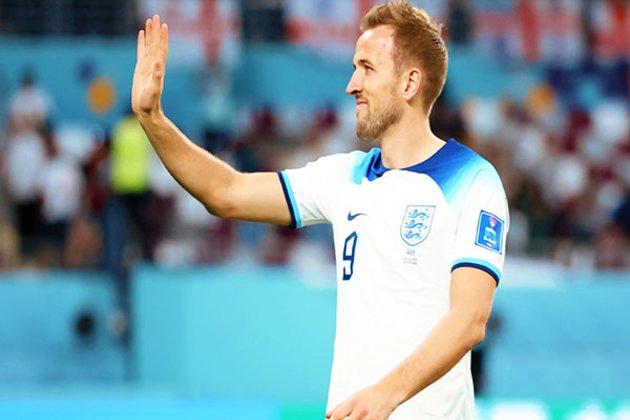 Doha [Qatar], November 23 (ANI): England captain Harry Kane will undergo a scan on his right ankle on Wednesday, after suffering an injury in the team's 6-2 win over Iran at the Khalifa International Stadium.

The English forward's injury is a major scare to the team's campaign at the World Cup and hence will be taken to the scan to confirm his availability as per ESPN.

The 29-year-old was taken out with 14 minutes left in Monday's 6-2 victory against Iran after being injured by a hard tackle from Morteza Pouraliganji early in the second half. He was seen leaving the Khalifa International Stadium with a brace on his leg.

Kane will have a scan on Wednesday, despite manager Gareth Southgate's claims that he was fine after the game.

At this point, it's unknown if the scan is a preventative measure or a result of Kane becoming increasingly uncomfortable. The players who started against Iran the day before were absent from England's modest warm-down practice on Tuesday at their Al Wakrah training facility.

The Tottenham striker has a history of ankle ligament issues, having dealt with them both throughout his Premier League campaigns in 2018 and 2019.

Kane needs two goals to tie Wayne Rooney's record for most goals for England, which he has already reached in 76 international games.

Although he failed to score against Iran, he was awarded the Golden Boot four years ago as England advanced to the quarterfinals in Russia.

In other England news, Callum Wilson, who took Kane's place as a replacement, skipped the outdoor session to focus on gym work while James Maddison was absent once more as he continues to recuperate from an ankle injury.

Harry Maguire, who was replaced due to illness, is also being watched. (ANI)