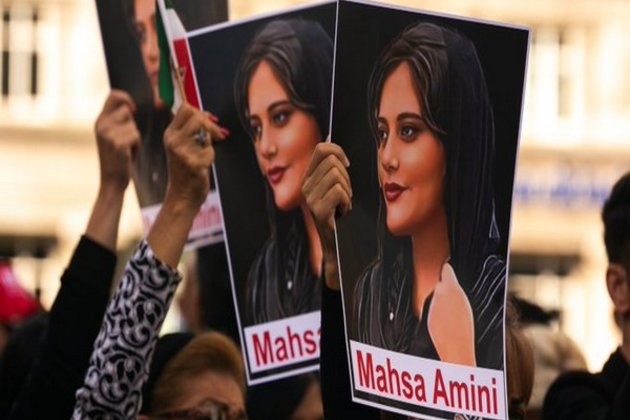 Tehran [Iran], November 30 (ANI): Iranian Security Forces have killed at least 448 people in a crackdown on protests held in Iran over the death of 22-year-old Mahsa Amini. The protests began in mid-September and witnessed clashes, and killings of demonstrators in large numbers, Arab News reported citing a human rights group on Tuesday.

According to Norway's Iran Human Rights group, 60 of the 448 verified fatalities were minors under 18, including nine girls. Another 29 victims were women. According to the report, security personnel have murdered 16 people in the past week alone, 12 of them were killed in Kurdish-populated areas where demonstrations have been particularly violent.

The number of fatalities has also increased since the deaths of those who were slain in prior weeks were confirmed and included, the rights group said adding that the death toll solely includes civilians murdered in the crackdown, not security personnel.

More than 300 individuals had been slain, according to Brigadier General Amirali Hajjizadeh of the Islamic Revolutionary Guard Corps earlier on Tuesday. This was the first time the government had confirmed such a number, Arab News reported.

The protests in Iran erupted after 22-year-old Mahsa Amini was taken into custody by Iran's morality police on September 16 for wearing an 'inappropriate' headscarf, and later died, drawing allegations of custodial violence.

Earlier on Thursday, India abstained from voting on a United Nations Human Rights Council (UNHRC) resolution to set up a fact-finding mission to investigate the alleged Human Rights violation committed on protesters in Iran that started on September 16.

Taking to Twitter, United Nations Human Right Council said, "At its 35th special session, the @UN Human Rights Council decided to create a new fact-finding mission to investigate "alleged HumanRightsViolations in the Islamic Republic of Iran related to the protests that began on 16 September 2022."Apart from India, Malaysia, Indonesia, UAE and Khakhastan had also abstained from the resolution. Meanwhile, Pakistan and China rejected the resolution.

At a special session of the 47-member human rights organisation, the resolution was nevertheless adopted with 25 votes in favour, six against, and 16 abstentions. As a result, the Human Rights Council has now established a fact-finding mission in relation to the protests in Iran.

Moreover, the violent response of Iran's security forces toward protesters has shaken diplomatic ties between Tehran and Western leaders. (ANI)