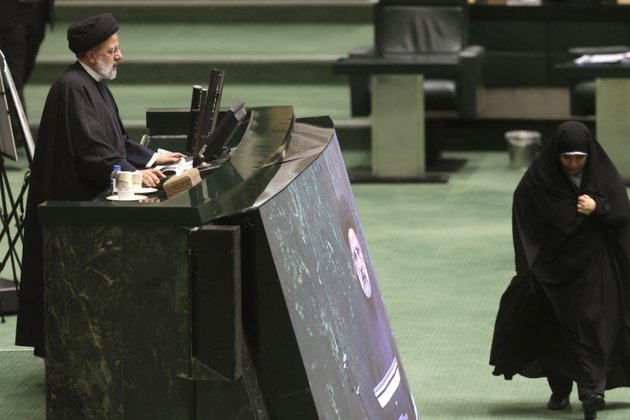 The United States joined the European Union and Britain in imposing new sanctions Monday on Iran in response to a crackdown on protesters.

Price said the sanctions were meant to "promote accountability for the Iranian regime's human rights."

"Today's action is the latest of numerous tranches of sanctions made in close consultation with our allies and partners and aimed at Iranian individuals and entities connected to Iranian authorities' cruel and violent crackdown against peaceful protesters," Price said.

"Those sanctioned today, from the judicial figures using the death penalty for political ends to the thugs beating protestors on the streets, are at the heart of the regime's brutal repression of the Iranian people," British foreign minister James Cleverly said in a statement.

Some information for this report came from The Associated Press and Reuters.