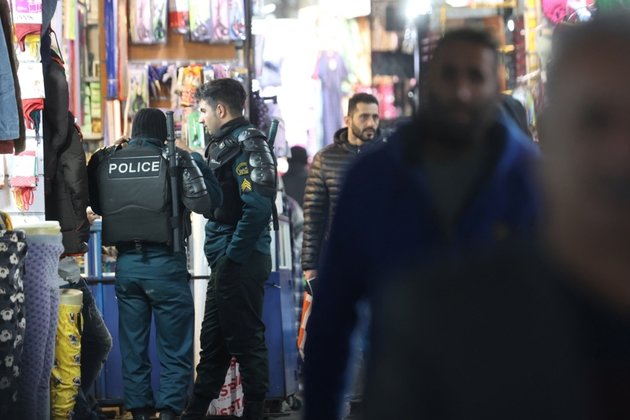 Protesters in Iran began a three-day strike on Monday as part of a wave of civil unrest triggered by the September death of an Iranian Kurdish woman who had been detained by the country's morality police.

The protesters called for shop owners across the country to close their businesses through Wednesday in order to bring about government reform.

Videos posted Monday on social media showed stores closed in the commercial areas of several cities, including Tehran, Karaj, Isfahan, Mashhad, Tabriz and Shiraz, according to the Reuters news agency.

The Associated Press reported that about a third of the shops were closed in Tehran's Grand Bazaar.

Iran's judiciary chief, Gholamhossein Mohseni-Ejei, ordered the arrest of anyone encouraging shopkeepers to close their businesses.

The strike comes as confusion swirled over the status of Iran's morality police, which enforces strict codes on women's dress.

However, activists have voiced doubt that such actions were being taken. By late Sunday, state outlet Al-Alam issued a report saying the judiciary in which Montazeri belongs does not oversee the morality police.

Government officials have not publicly commented on the matter.

The Associated Press reports that fewer morality police officers have been seen in Iranian cities in recent weeks and says it has become more common to see women walking the city's streets without wearing a hijab.

Iran's anti-government demonstrations began after 22-year-old Mahsa Amini was detained by the morality police for not wearing her hijab properly. Her death in police custody led to a wave of protests, during which rights groups say at least 471 people have been killed.

Some information in this report came from The Associated Press, Reuters and Agence France-Presse.